When it comes to coffee brewing methods, there are a few different ways to do it. Two of the most popular methods are the french press and percolator. So, which one is the best ?

With this French Press vs Percolator study, you will find out which coffee brewing method is the best for you. We all love coffee, but sometimes we don’t know how to make it the best way possible and sometimes we need to find a compromise between quantity or quality.

The French press coffee maker was invented in 1929 by Italian designer Attilio Calimani. The original design is still in use today and has been copied by many other manufacturers. Bodum is one of the most well-known manufacturers. Their French presses come in a variety of sizes and colors, and they offer a wide range of features.

Overall, the French Press is a great option for those looking for an affordable and delicious cup of coffee.

The first percolator was patented in 1865 by James H. Mason, but it was not until the early 1900s that the device became popular. At that time, several companies began mass-producing percolators, and they quickly became a staple in many homes. However, percolators fell out of favor in the 1970s, as coffee makers that produced a less bitter brew became more popular.

Difference between French Press and Percolator

How does a French press coffee maker work ?

To use a French press coffee maker, you’ll need coarsely ground coffee beans and hot water. First, add the coffee grounds to the carafe. Next, pour hot water over the grounds, making sure all of them are saturated. Allow the mixture to steep for about four minutes before depressing the plunger down. Finally, pour your coffee and enjoy !

How does a Percolator work ?

The percolation process begins with cold water in the bottom chamber of the pot. As the water heats up, it rises up a tube and into the top chamber where the coffee grounds are waiting. The hot water then drips down through the grounds and into the bottom chamber again where it’s reheated and begins rising once more. This process continues until you turn off the heat or until all of the water has been pumped through, leaving you with a pot of hot, delicious coffee. 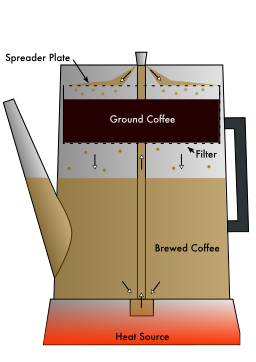 Another difference between these two brewing methods is the strength of the coffee. A french press results in a stronger cup of coffee because all of the grounds are steeped in hot water for the entire brewing time. The french press extracts all the coffee oils from the beans, which results in more flavor. With a percolator, some of the grounds are exposed to air during brewing, which results in a weaker cup of coffee.

The percolator coffee is less acidic than french press coffee because the grounds are not exposed to hot water for as long. If you’re sensitive to acidity, a percolator might be the better option for you.

The French press is easy to use. You just need to add coffee grounds and hot water, wait for four minutes, and then press the plunger down. The percolator is a bit more complicated to use. You’ll need to add cold water to the bottom chamber and then coffee grounds to the top chamber. Once the pot is on the stove, the percolation process will begin and hot coffee will start dripping down into the bottom chamber. You’ll need to keep an eye on the pot to make sure the water doesn’t boil away and make sure the coffee doesn’t get too bitter.

French presses and percolators are both relatively inexpensive compared to advanced expresso machine. You can find a French press for $20 and a small electric percolator for $50.

The coffee brew time in the french press is about 4 minutes. In the percolator, it is about 10 minutes.

Last things you need to know about buying your coffee maker

If you’re looking for the best cup of coffee possible, a French Press is the way to go. It allows the full flavor and richness of the beans to come through for a truly delicious cup of coffee.

French Press has many creative designs

Some presses have double filters that help to trap more oils and particles from the coffee. Some have built-in thermometer that helps you regulate the temperature of the water to ensure optimal flavor extraction. Some are made from thermal glass, which keeps your coffee hot for longer periods of time.

Some early 60’s percolators are still in use in some places.

No mater if the water quality changes or if you are 2 minutes late, the taste will remain the same.

What are the benefits of using a french press to brew coffee ?

French presses are beloved by coffee aficionados for good reason. This brewing method delivers a rich, full-bodied cup of coffee that is free of the bitterness often associated with coffee made using a drip machine. The french press also allows you to control the steeping time, meaning that you can customize your cup of coffee to suit your taste. In addition, french presses are relatively inexpensive and easy to use, making them a great option for both beginner and experienced coffee drinkers alike. So if you’re looking for a delicious cup of coffee with minimal effort, a french press is the way to go.

Use a french press if:

What are the benefits of using a percolator to brew coffee?

While there are many ways to brew coffee, using a percolator offers a number of unique benefits. First, percolators evenly distribute heat, ensuring that coffee is brewed evenly and consistently. Additionally, percolators can be used to brew large batches of coffee at once, making them ideal for entertaining or for large families. Finally, the brewing process is relatively simple and can be easily mastered with a little practice. As a result, percolators offer a great way to brew delicious coffee with minimal effort.

Use a percolator if: 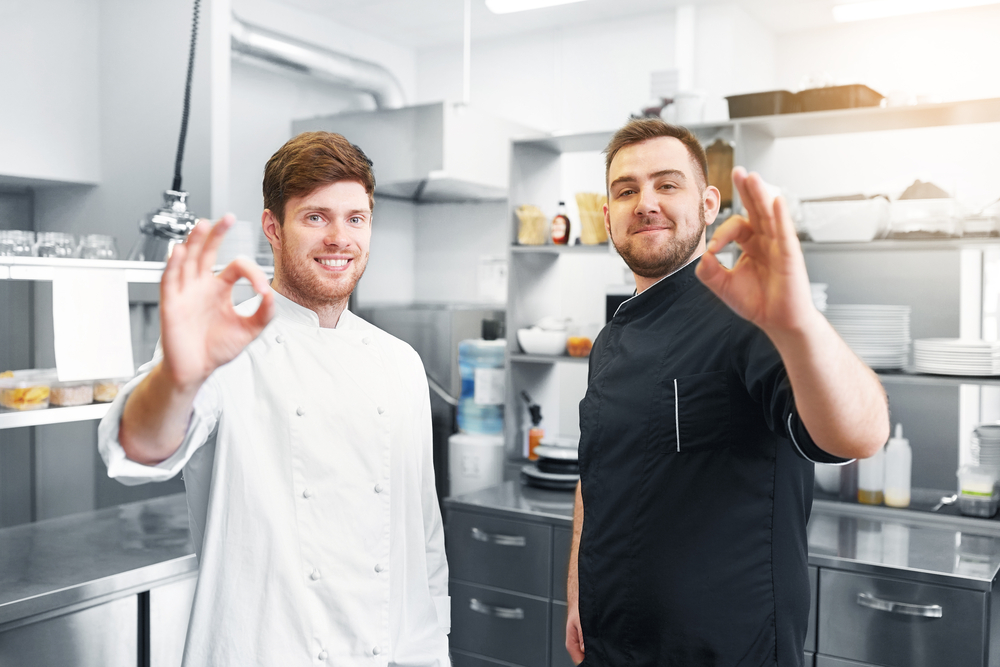 What are the most exiting chef jobs in the world?

The benefits of grinding your own coffee beans