Cold Brew Vs French Press: What’s Right For You?

Cold Brew Vs French Press: What’s Right For You?

Both coffee brewing methods have their pros and cons, but which one is the best for you?

Here’s a closer look at French press vs cold brew to help you decide.

The French press is a tried and true coffee brewing method that has been around for centuries. It’s simple to use – just add coffee grounds to the carafe, pour in hot water, and let it steep for a few minutes. Then, use the plunger to push the grounds to the bottom of the carafe.

One of the main benefits of the French press is that it produces a rich, bold flavor. However, it can be difficult to get a smooth cup of coffee without any sediment in it. Cold brew is a newer coffee brewing method that has been gaining in popularity in recent years.

It’s simple to make – just add coffee grounds to water and let it sit overnight in the fridge. The resulting coffee is smooth and mellow, without any bitterness. However, it can be a little bland compared to French press coffee.

What is Cold Brew?

A French press, also known as a coffee plunger, is a coffee maker used to brew coffee by steeping the grounds in water, then forcing the brewed coffee through a metal or plastic screen, usually filtering out the grounds. For more information you can read our French Press Vs Aeropress article. The French press is also capable of making cold brew coffee.

To make a cold brew, you will need a container such as a pitcher or Mason jar, and a coffee filter. Place the coffee grounds in the filter, and place the filter in the container. Pour cold water over the grounds, and let it sit for 12 to 24 hours. When you’re ready to drink your cold brew, remove the filter and discard the grounds. To make a French press, you will need a pot with a lid and a plunger. Place the coffee grounds in the bottom of the pot, and pour hot water over them. Let it steep for 3 to 4 minutes, then press down on the plunger to extract the coffee.

The two methods of coffee-making produce different flavors. Cold brew is less acidic and has a smooth, chocolatey flavor. French press is more acidic and has a more intense flavor. We found the same differences when we compared the French press with Pour over https://thearomagroup.com/pour-over-coffee-vs-french-press/ .

Cold brew coffee is a great alternative to traditional hot brewed coffee. It has a smoother flavor and less acidity, because it is brewed at a lower temperature over a longer period of time. This makes it a great choice for people who don’t like the acidic taste of regular coffee.

How to Cold Brew Coffee Using a French Press

The easiest way to cold brew coffee is using a French press. Add coarsely ground coffee to the bottom of the press and pour cold water over top.

Stir gently, then place the plunger on top and push down slowly. Let steep for 12-24 hours, then remove the plunger and enjoy!

How to Cold Brew

There are many ways to cold brew coffee. One way is to simply fill a container with coffee beans and cold water, let it sit overnight, and then strain it. Another way is to use a French press. You can also make a Toddy system or use a Mason jar.

Can You Make A Cold Brew With A French Press?

Cold brew coffee is a great way to make a smooth, rich cup of coffee without having to use hot water. It’s easy to make and can be stored in the fridge for a few days, making it the perfect coffee to take on the go. Here are three recipes for cold brew coffee that you can try at home.

The flavor of cold brew coffee is often described as being smooth, mellow, and slightly sweet. This is because cold brew coffee is made by steeping coarse ground coffee in cold water for an extended period of time, which allows the natural flavors to be extracted without the bitterness that can be found in hot brewed coffee.

The room-temperature water brewing process is simple and efficient. The water is heated to a consistent temperature and then poured over the grounds. This brewing method takes less time than traditional methods that use boiling water.

What’s the verdict? Which one is better?

There is no easy answer when it comes to deciding whether French press or cold brew coffee is better. Both have their own unique benefits and drawbacks.

French press coffee is known for its robust flavor and full body. It’s also easy to make, which makes it a popular choice for home brewers.

However, French press coffee can be a little bit acidic and bitter.

However, cold brew coffee takes longer to make and can be more expensive than French press coffee. In the end, it really comes down to personal preference. 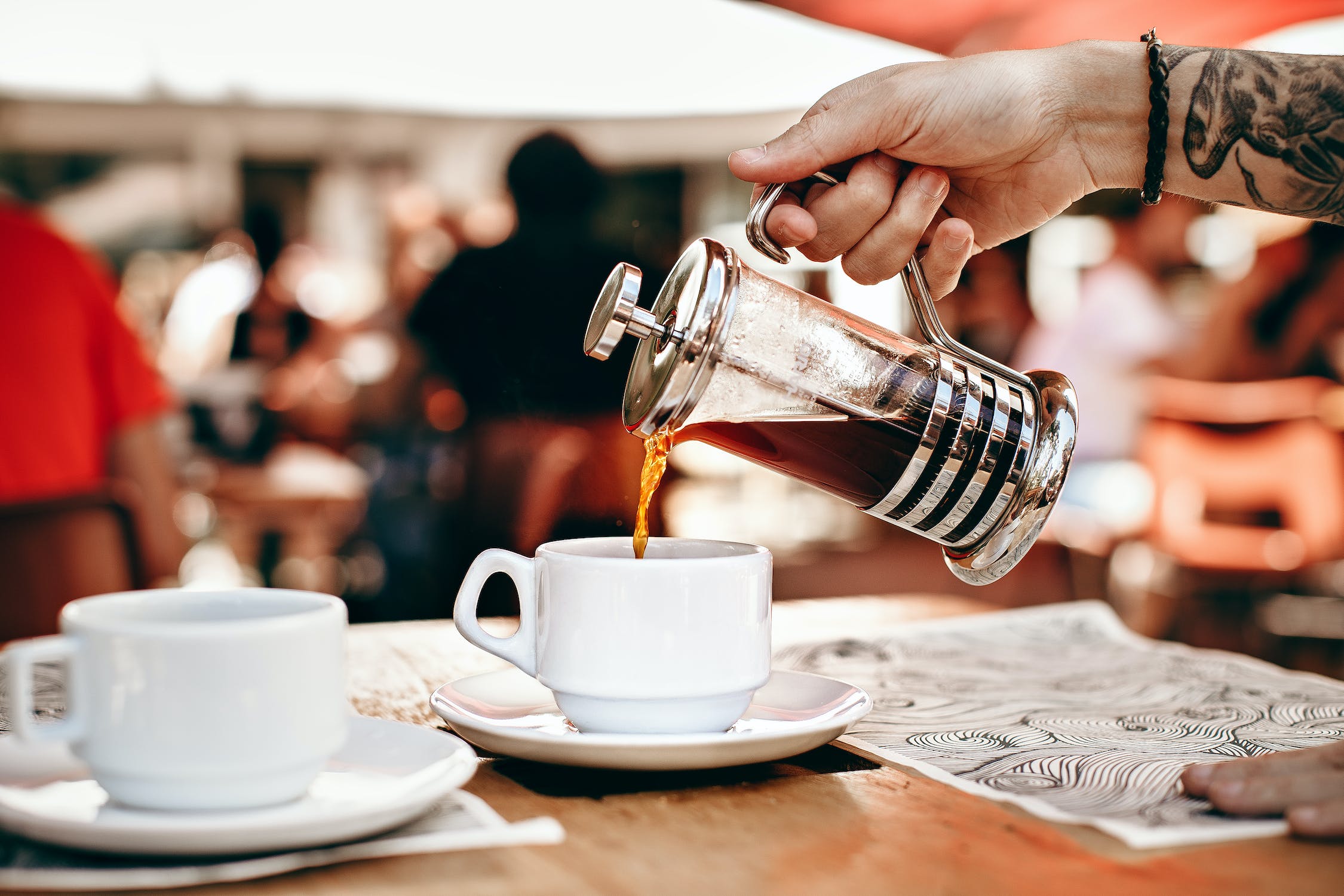 How to clean a French press 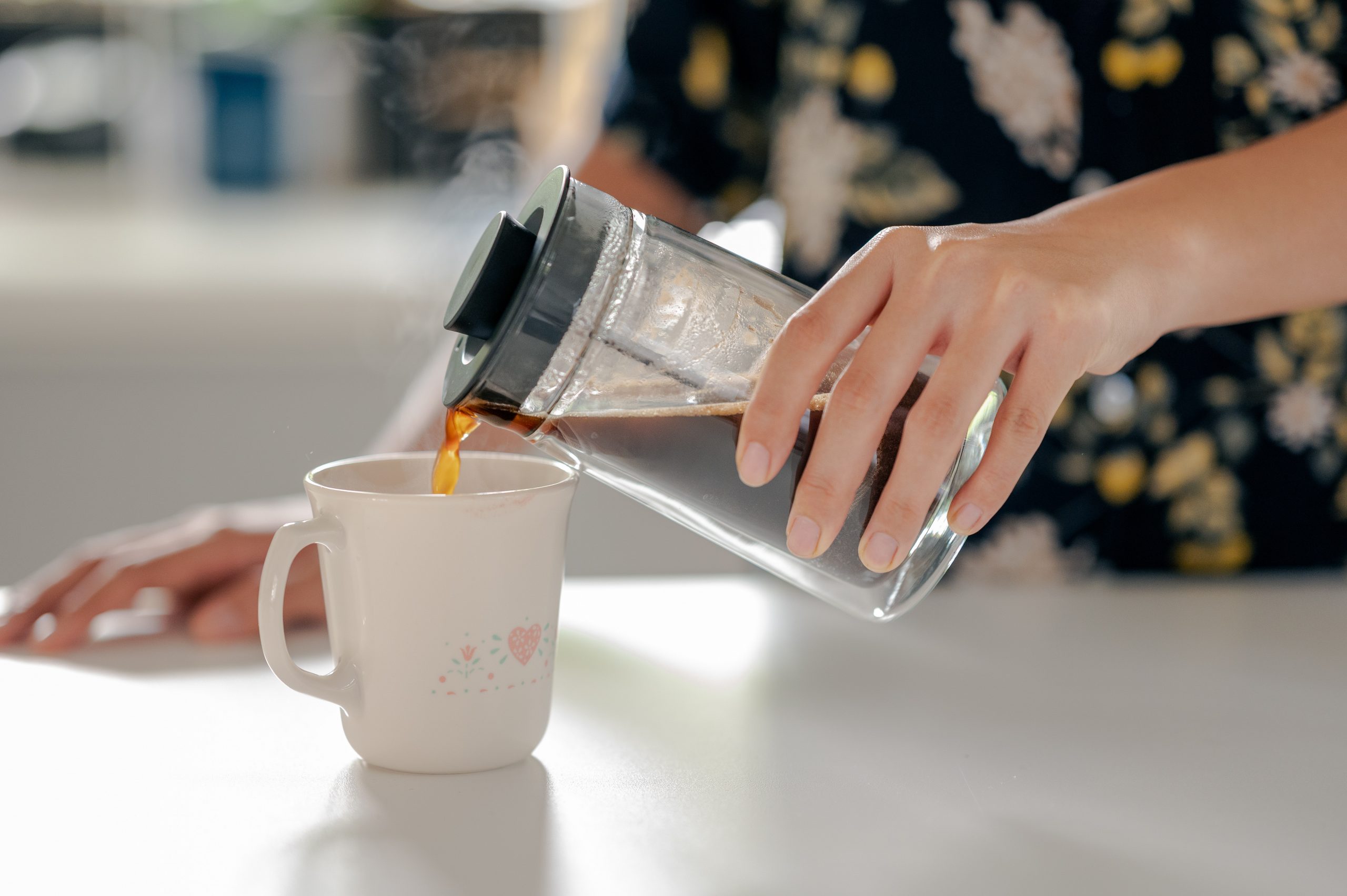